Huawei Officially launched the world’s most powerful Artificial Intelligence Processor, the Ascend 910. Ascend 910 has more computing power than any other AI processor in the world.

Huawei is a leading global provider of information and communications technology (ICT) infrastructure and smart devices. Huawei’s end-to-end portfolio of products, solutions and services are both competitive and secure. At Huawei, innovation focuses on customer needs. The company invest heavily in basic research, concentrating on technological breakthroughs that drive the world forward.

“We have been making steady progress since we announced our AI strategy in October last year,” said Eric Xu, Huawei’s Rotating Chairman. “Everything is moving forward according to plan, from R&D to product launch. We promised a full-stack, all-scenario AI portfolio. And today we delivered, with the release of Ascend 910 and MindSpore. This also marks a new stage in Huawei’s AI strategy.” 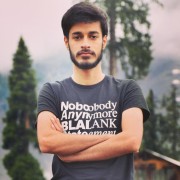 Google Buying Fitbit for $2.1 Billion. Diving into the world of wearables.